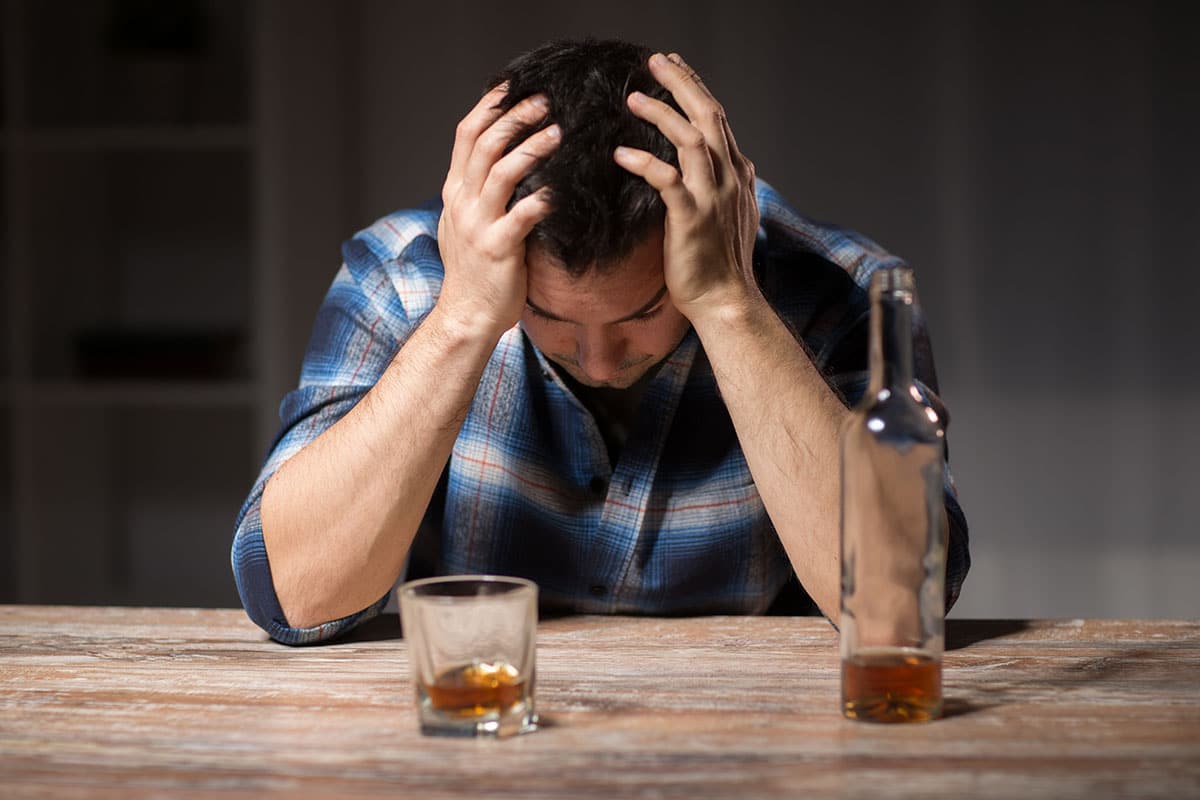 PTSD (Post-Traumatic Stress Disorder) is often accompanied by feelings of helplessness, suicidal thoughts, depression, self-harm, and anxiety. Those symptoms occur as a result of a variety of traumatic experiences ranging from emotional, physical, verbal, mental, or sexual abuse, to surviving combat in war.

So, the question is, can alcohol use make PTSD symptoms worse? Our PTSD treatment program for northern Illinois residents has the answer. There is a direct connection between addiction to alcohol and PTSD.

According to the Alcohol Rehab Guide’s Alcohol and PTSD, addiction to alcohol and PTSD “are a commonly tragic pairing, especially among veterans.”

How Can Alcohol Use Make PTSD Symptoms Worse?

Alcohol is the poison pill in the cycle of self-medication as PTSD sufferers try to cope with the aftermath of trauma. The above-described symptoms (feelings of helplessness, etc.) promote feelings of guilt and shame, which can develop into alcohol and drug dependency. Alcohol worsens the situation with accompanying side effects, further debilitating the sufferer.

Alcohol addiction affects the part of the human brain that makes a person more vulnerable to developing PTSD. Studies by the New York Academy of Sciences show that after a stressful or traumatic event, the person can also be predisposed to addiction.

The high threat and constant stress of serving in a war zone takes a tremendous psychological toll. When the threat and stress are accompanied by sudden death or severe injury, the trauma can persist long after the events.

PTSD sufferers often cope with the flashbacks, intrusive memories, and survivor’s guilt, and use alcohol and drugs as self-medicating and coping tools. Studies have shown a high incidence of Vietnam-era veterans who sought help for PTSD also suffered from alcoholism.

The Veterans Administration Weighs In

Alcohol Can Trigger PTSD in Women

While men are exposed to more traumatic events than women, women are twice as likely to develop PTSD and as a result, will struggle with alcoholism. In fact, according to the Alcohol Rehab Guide, “alcohol consumption can increase the likelihood of development of PTSD in women, due to the increased likelihood of exposure of traumatic events that occur as a result of alcohol abuse.”

Again, according to the VA, gender “is an important factor as well.” Women “who have PTSD at some point in their lives are 2.5 times more likely to have alcohol abuse or dependence than women who never have PTSD.”

PTSD Sufferers Can Escape the Trap of Addiction to Alcohol

Alcohol abuse and PTSD can be treated together and provide the best chance for recovery from both.  PTSD treatment facilities are the safe, healing environments where PTSD sufferers can heal. Caring, trustworthy, licensed clinicians can provide treatment for the disease of addiction and the stress and trauma of PTSD. Finding peer groups of co-sufferers can begin the connection and starting point for healing.

We have addressed the question, “Can alcohol use make PTSD symptoms worse?” The answer is “definitely.” Alcohol addiction is the false sanctuary of harmful self-medication that can worsen the effects of PTSD.

We are conveniently located and affordable. Let us help and design a recovery program to improve and prolong your life. Call us at 855.786.1978. Don’t let addiction control your life. Take charge and recover.

How to Support A Loved One After a Drug Relapse
January 26, 2021

The Dangers of Alcohol and Exercise
November 28, 2020